If there’s one thing every sweeper knows it’s that the prizes, that Omaze says they give away in order to raise cash for good causes, are amazing!

But is Omaze legit and could you be an Omaze winner one day or are you better off trying to win prizes somewhere else, instead?

About Omaze And Omaze Claims

Whether you want to win a house or a car or a day out with a celebrity experience then Omaze is the place to do it.

The company was founded by Ryan Cummins and Matthew Pohlson and they started the company, instead of a tax-exempt public charity, that is Omaze because they wanted to enjoy an experience at a charity auction once and couldn’t afford it.

They tested a few prizes to giveaway but it turns out that a $250,000 supercar is more of most people’s idea of a good time than hanging out with Daniel Craig or Jennifer Lawrence.

So, now, their most popular for-profit sweepstakes on the Omaze platform are car giveaways.

When people see the prizes, they assume that Omaze scams must be rife but, in fact, Omaze is one of the most well-examined and legitimate companies out there.

Omaze donations have raised more than $130 million according to the Charities Aid Foundation America. That’s a lot of donated funds and as Omaz has also raised nearly $30 million in funding as a for-profit company,

They Raise Money, Where Does It Go?

They make no secret that they are a legitimate company in the business of making money and while every Omaze sweepstakes has a free entry route – there is a strong incentive to exceed the number of free entries and pay for extra chances using a donation.

It is those donations that are used to make profits, pay for the prize and to give to charitable organizations.

Of the net proceeds from each donation around 20% is for profits, 65-75% covers the cost of the draw and the final amount is for charity.

It’s up to you to decide whether this is a split that you are happy with before you make a donation for additional entries, in our opinion, we think if you participate on their website, you should see the share paid to charities as a bonus rather than the primary reason to participate. The real reason to be there is to win unique experiences and you can really be a winner, it’s not a scam.

What Are the Chances Of Winning And Do Real People Win?

Your chance to win as you might expect if you take a look at the official rules depends on how many people are involved in each sweepstakes. Each prize has a different winning chance from every other prize.

Omaze is an excellent source of massive amounts of exciting sweeps for prizes that are worth huge amounts of dollars.

They are a completely legit business and their service is very popular and backed by a small fortune in venture capital.

Only you can decide whether you want to donate, but you can take part without spending a certain amount and there’s a free entry route for every draw. So we can say with certainty it’s not a scam. 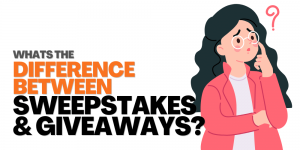 What’s The Difference Between Sweepstakes & Giveaways? 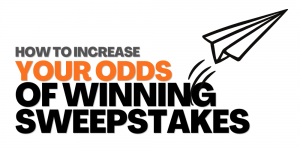 How Do You Increase Your Odds Of Winning Sweepstakes? 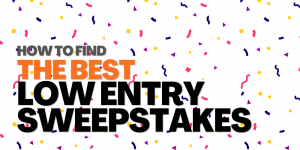 How To Find The Best Low Entry Sweepstakes