This is your chance to be ahead of the curve when it comes to gaming! You can win a Steam Deck 64GB which is worth nearly $400!

Sponsor: The Promotion is Sponsored by Gameloft Inc.

Eligibility: The Promotion is open only to natural persons who (i) are at least 18 years of age or to the minimum age of majority in the country of residence of the player whichever is higher (at the time of entry), and (ii) are eligible to enter the Promotion as set forth in these Official Rules. Residents of the following jurisdictions are not eligible to enter the Promotion: China, Australia, Belgium, Malaysia, Norway, Italy, Spain, Cuba, Iran, Syria, North Korea, Brazil, Myanmar (formerly Burma), Sudan and Russia and any other jurisdictions where the Promotion is prohibited or restricted by applicable law. Employees of the Sponsor, Steam, Disney and their respective parent companies; affiliates; subsidiaries; advertising, promotion, fulfillment or other coordinating agencies; individuals providing services to the Sponsor through an outsourcer or temporary employment agency during the Promotion Period; and their respective immediate family members and persons living in their same household are not eligible to participate in the Promotion. The Promotion is subject to all applicable federal, state, and local laws and regulations. By participating in the Promotion, entrants agree fully and unconditionally to these Official Rules and Sponsor’s decisions, which are final and binding in all matters related to the Promotion. Eligibility to win a prize is contingent upon complying with and fulfilling all requirements set forth herein.

How To Enter: Click Enter Now below and then complete the form and social actions as needed. 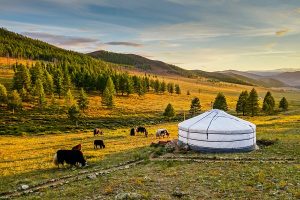 Escape In A Campervan Out West