This is your chance to join the ultimate football event of the year! You can win a $6,500 trip for two people to attend this year’s Super Bowl from Sirius XM.

Prize: One Grand Prize Winner and their guest will receive a trip to Super Bowl LVII on February 12th at State Farm Stadium in Glendale, AZ, including 2 tickets to the game, round-trip airfare, a four-night hotel stay and more! Don’t miss your chance to win this once in a lifetime opportunity.

One (1) Grand Prize will be awarded to one (1) winner using the selection process described below and satisfaction of the eligibility requirements set forth above, consisting of: ● One (1) round-trip coach air transportation for two (2) to Phoenix, AZ (the “Destination”), from a major commercial airport in the continental United States nearest to winner’s primary residence as determined by Sponsor; provided that Sponsor reserves the right to substitute ground transportation for air transportation if winner resides within 150 miles of the Destination; ● One (1) hotel accommodation for four (4) nights (one standard double occupancy room and room tax only) in or near Phoenix, AZ checking in Thursday, February 9, 2023, and checking out Monday, February 13, 2023; ● Two (2) tickets to Super Bowl LVII at (insert stadium) scheduled for Sunday, February 12, 2023, at State Farm Stadium in Glendale, AZ (the “Event”). Approximate Retail Value of the Prize: $6,500 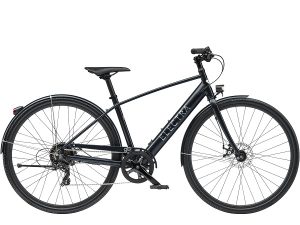